We’re in the news.
Read all about it...
Theagarajah appointed as new Ceylon Chamber Chairman

The Ceylon Chamber of Commerce appointed Rajendra Theagarajah as its new Chairman during its 178thAGM held yesterday in Colombo. 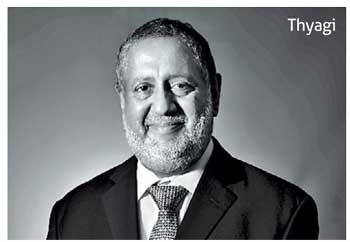