We’re in the news.
Read all about it...
Cargills Bank records improved net operating income although quarterly profits are down 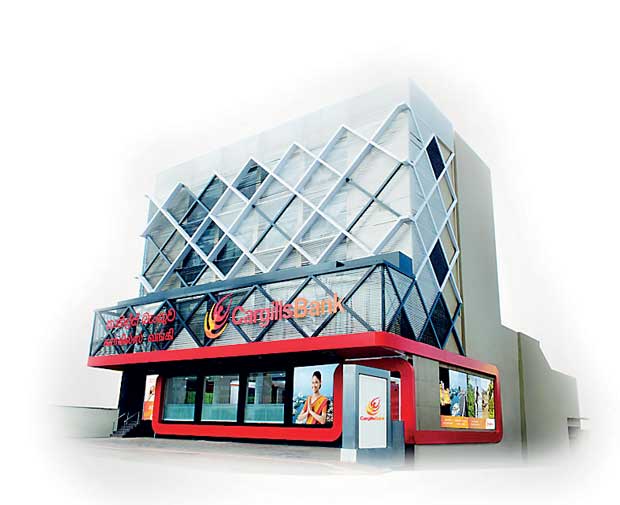 Cargills Bank recorded a post tax profit of Rs. 18.3 million for the first quarter ended 31 March 2018, a decline of 57% compared with the corresponding period in the previous year. The post-tax profit was adversely impacted by higher operational expenses and increase in impairment provision.

The bank’s focus on improving non fund based income witnessed satisfactory returns. Net fees and commission income of Rs. 33 million recorded a growth of 15% for the period under review benefiting from the higher trade volumes in core banking activities. The total other income of the bank grew by 31% for the period amounting to Rs. 44 million reflecting the growth in gains generated from investments in government securities.

The bank’s operating expenses of Rs. 376 million increased by 30% compared to the first quarter of the previous year. The expansion in business activities and investments in technology resulted in such increased costs and the management is confident that these investments will yield due returns.

Since the end of first quarter 2017, the bank opened branches at Ratnapura, Wattala, Kaduruwela and Rajagiriya. A new ATM facility was commissioned at Ratnapura branch.

The bank also invested in Kiosks which are now being promoted under the concept “Bank in a Box”. These Kiosks can facilitate key transactions such as cash deposits, payment of utility bills and settlement of credit card bills, further enhancing customer convenience. It is expected that more such kiosks will be rolled out and eventually we believe that staffing in outlets could be more economically managed. The employee headcount as at 31 March 2018 was 475 whilst the comparable 31 March 2017 number was 436. The bank successfully launched Sri Lanka’s first contactless Mastercard branded Debit card with EMV Compliant Chip and PIN Technology in July 2017 replacing the previously issued proprietary ATM cards. The new debit card enables the Bank to onboard customers speedily and offers customers greater access to many service points. The launch of the Master Card Debit Card was a precursor to the launch of the Master Card Credit Card. The bank has invested in procuring a state of art Card Management System and looks forward to a grand launch of its credit card shortly. We are confident of not only making our presence felt significantly in the market but also expect the card segment to be a substantial revenue stream for the bank.

Despite the growth in the topline, the profit after tax for the period was Rs. 18 million compared to the Rs. 42 million profit recorded in the previous period. The increase in the individual and collective impairment due to portfolio growth and the stresses faced by few individual customers in the loan portfolio has primarily impacted the profitability growth during the period. The NPA ratio increased to 3.01% from the previous period’s 0.7%. This increase in NPA is receiving management attention and we are confident that the ratio would be reduced in the coming quarters.

The bank entered into several new partnerships with remittance agencies such as Ria, Trans Fast, TransferTo and Crosspay and is gradually expanding the number of partners. Our customers now have more than 350 access points to collect their remittances and the convenience and service provided in this sphere is unmatched.

The bank also launched its private banking centre at Maitland Crescent branch where tailor-made solutions are made available to discerning customers. This private banking centre is also expected to bring in attractive business volumes in the coming months. The bank is very much cognisant of its core business objectives of fostering entrepreneurial and SME centric growth and financing the Agri sector. We are pleased to state that satisfactory growth is witnessed in these segments and, in particular, Agri lending represents 6.69% of total loans and advances as at 31 March 2018 and continuing to grow month on month. Our bank has been an active partner in Central Bank enabled agri programs such as National Agribusiness Development Programme (NADEP), Non Comprehensive Rural Credit Scheme (NCRCS), Saubhagya, etc. We are in continuous engagement with the Central Bank in partnering them on impending programs such as Smallholder Agribusiness Partnership Program (SAPP).

The bank’s branch network, currently stands at 18 including 8 “instore” branches at Cargills Food City. The Rajagiriya in store branch was the newest addition to the branch network during the first quarter 2018. Further, over 350 Cargills Food City outlets spread across the country continued to serve as contact points of the bank.